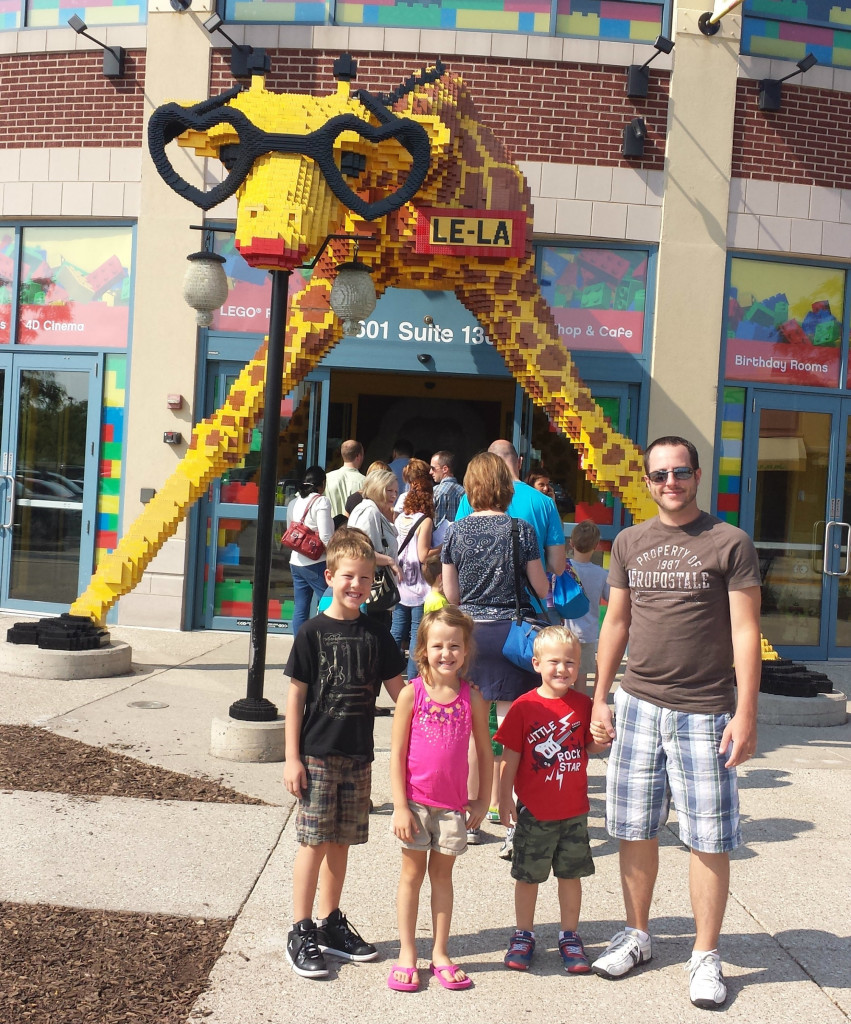 My family and I finally got the chance to visit LegoLand Chicago last week, & if you follow me on Instagram you already saw many photo’s of the fun we all had. If you’re planning a visit then let me give you a little inside glimpse of what to expect. 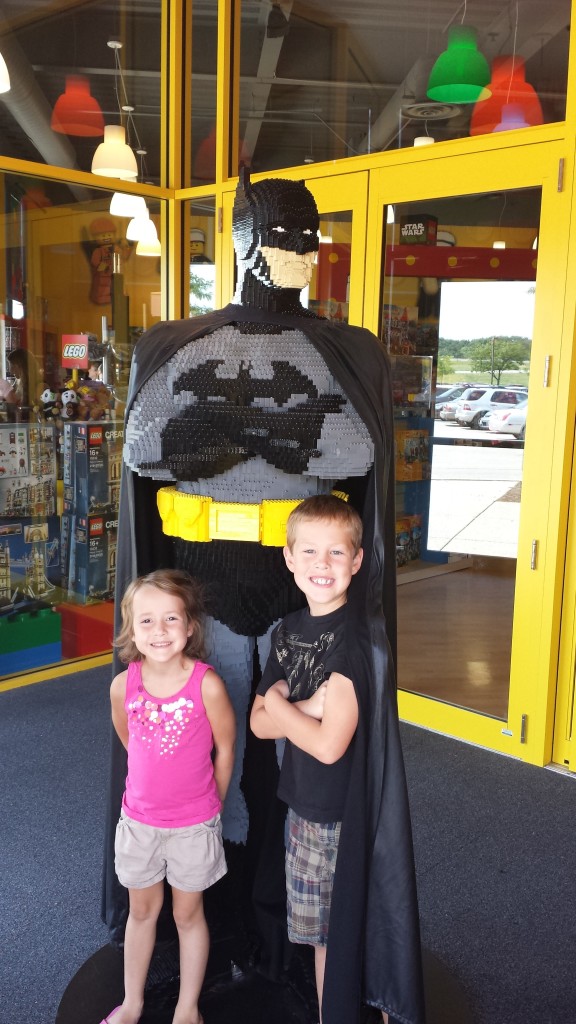 First, if you’re driving like we are — it’s very easy to get too & as soon as you arrive your kids are going to start screaming because you are immediately greeted with a life sized giraffe made out of — you guessed it LEGO’s! When you arrive the first thing you do after paying of course is you get your photo’s taken — then as you walk in you are greeted by a huge Lego display of Chicago. It was pretty intense and even the lights changed from day to night — there’s window washers, cars, buildings, the theater, you name it — you’ll find it! It was pretty impressive and my husband, being the big Lego kid he is — thought it was awesome! Then you walk into a room with all Jungle animals & more made out of Lego’s. We had a great time finding all sorts of things, down to spiders to the life sized Indian Jones! 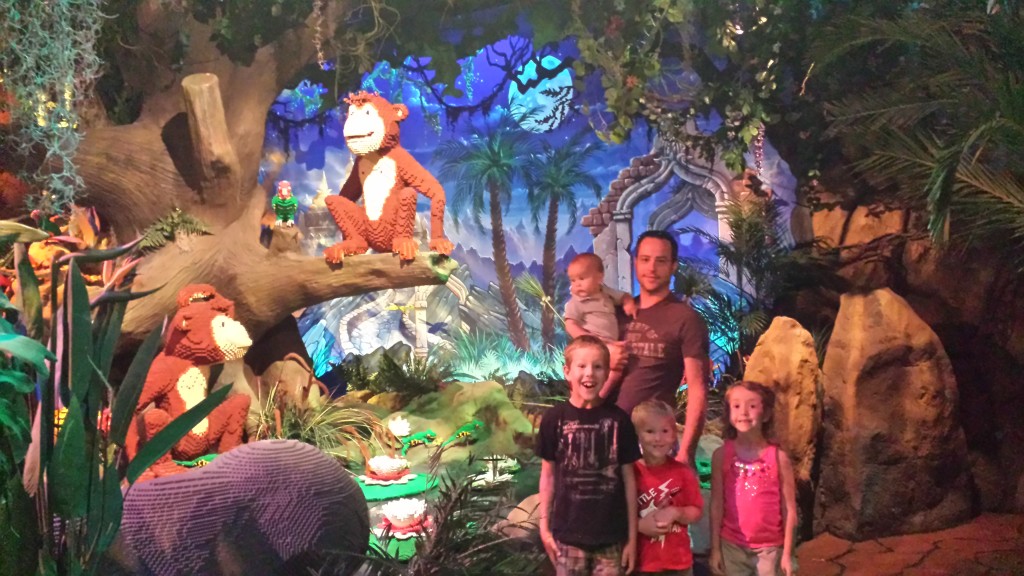 We especially liked when we walked into a room that was Star Wars — note do love Star Wars here! You thought the pod racing was great in the movie, well check it out made of nothing but Lego’s and hundreds of Lego fans watching while you actually get to move the Pods. Three different areas made of Lego’s that show different parts of Star Wars — yes you will have to visit to get the up close view. Darth Vadar even was around & you can bet we all had to get a photo. 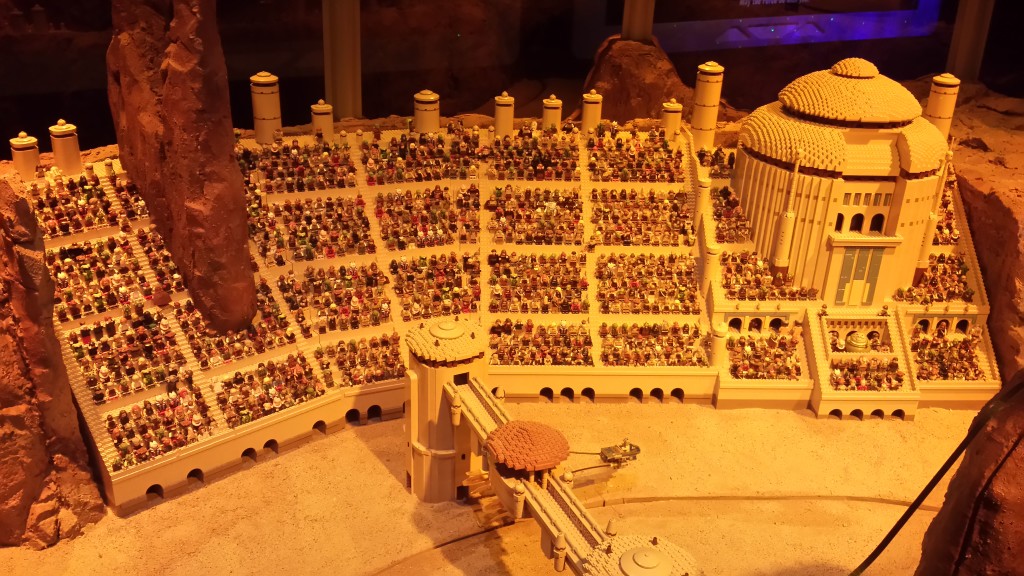 Check out both rides — one being the hang glider you actually pedal to go up and down & the Kingdom Quest Ride that four people ride in a cart and you can actually shoot bats and other targets to gain points. Lego made creatures and the Lego shows are along the way, so don’t miss it. Take a quick 10 minute break or so and watch the 4D movie, which is being played continuously – no wait for a long line, but you really don’t want to miss it! Ninjago fans for sure! 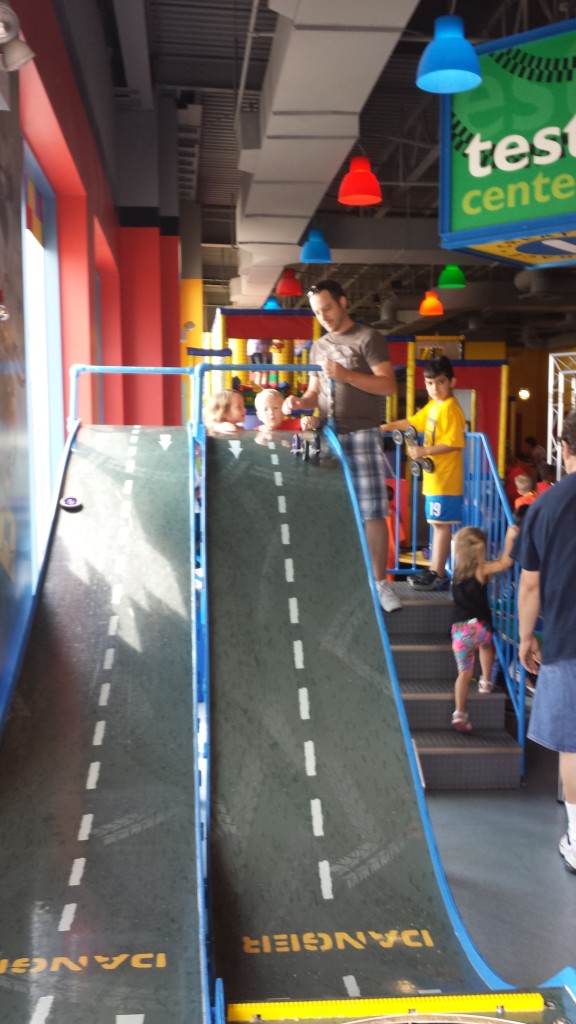 We spent a lot of time in the Build Center – my eight year old really enjoyed building the racers to go down the different ramps, or race on the track with other kids. All racers are built by whoever is there playing and you race with each other. We had some pretty impressive racers!  I spent some time building  towers out of DUPLO blocks and seeing if it could with stand the shaking! Climb in the LEGO City Construction Site, which we didn’t spend a lot of time in, but another fun area. 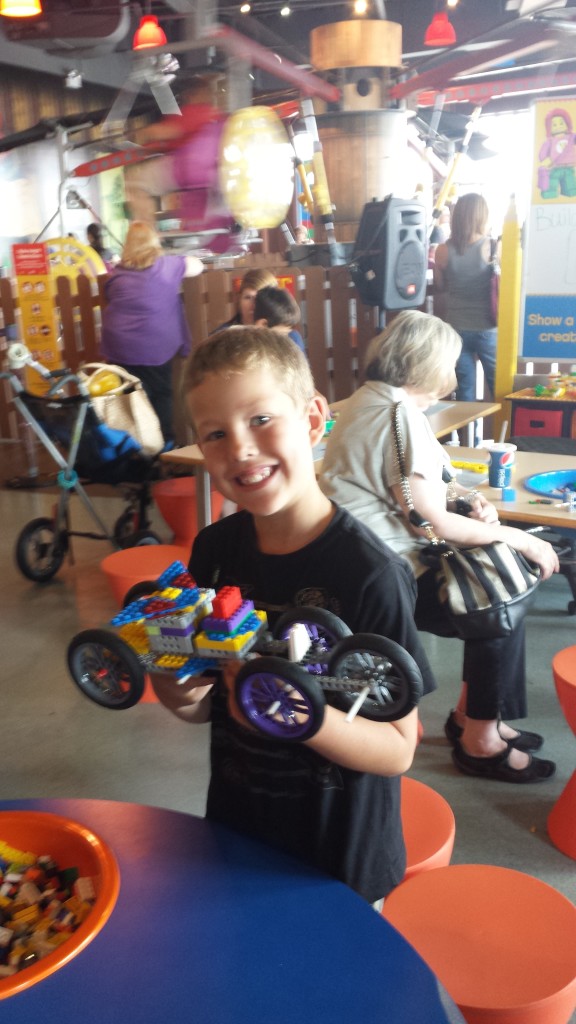 There’s also the LEGO Factory where you can see how it’s all made & become a Master builder and learn how to build things. Throughout it all is different characters built out of Lego’s – race cars, Sponge Bob Square Pants, Batman, and many more. You can spend as long as or as little time at each thing — come for the day or for a few hours. There’s also  a cafe right there if need be. We got there when it opened, ten and left around one. It was a bit crowded, but everything was very clean and tidy and I didn’t feel like we couldn’t see or do what we wanted. The employees were top notch as well, enthusiastic, helpful and very nice! 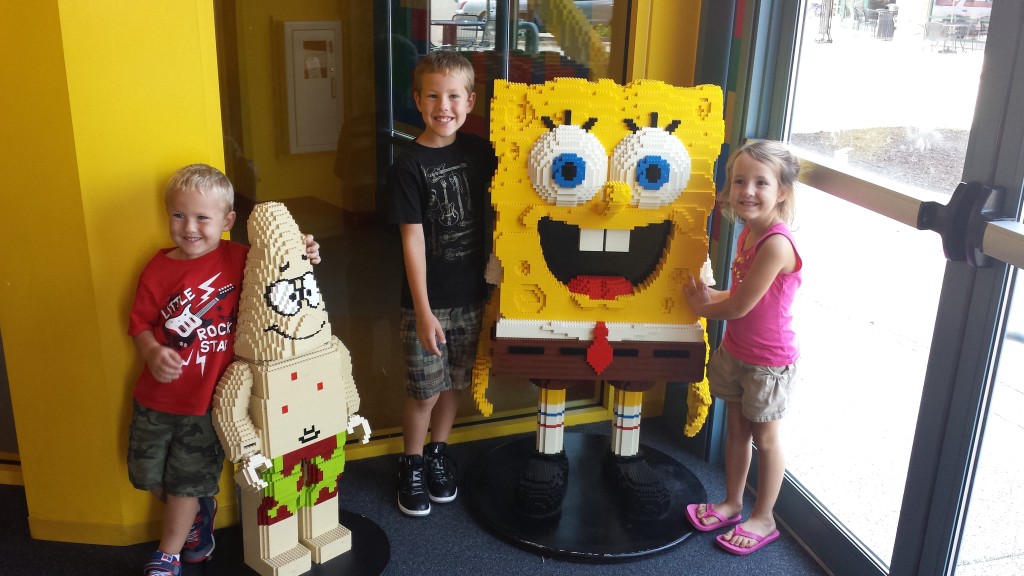 If you have LEGO lovers in your household, take a trip to LegoLand Discovery Center Chicago and take advantage of this special coupon to LEGOLAND — FREE Child Admission with a Full Paid $20 Adult Admission. Connect with LegoLand Chicago on facebook and twitter.